Christian Compassion Ministries began in 1995 as a result of the church, (Cubao Reformed Baptist Church) being made aware of the needs around us in Cubao, Manila, Philippines. CRBC had received a gift from the church in Bremen Indiana to help the victims of the Mount Pinatubo volcanic eruption. We had been helping a sister church seeking to help some of the Aeta tribespeople who were displaced by that eruption. However that ministry came to a close and we had not used the money from Bremen.

Some of us were concerned to help some of the street children. They did not have families. At the end of our street there was on old grandmother sleeping rough with her granddaughter. We were concerned for the plight of this girl and other children whom we saw sleeping rough without any families. Arlene (pictured below) had previously been engaged in street work with children. She helped us in going out on the street corners. We told bible stories to the street children.

We therefore as a church decided to use the money from Bremen to seek to try to help. That eventually led to: 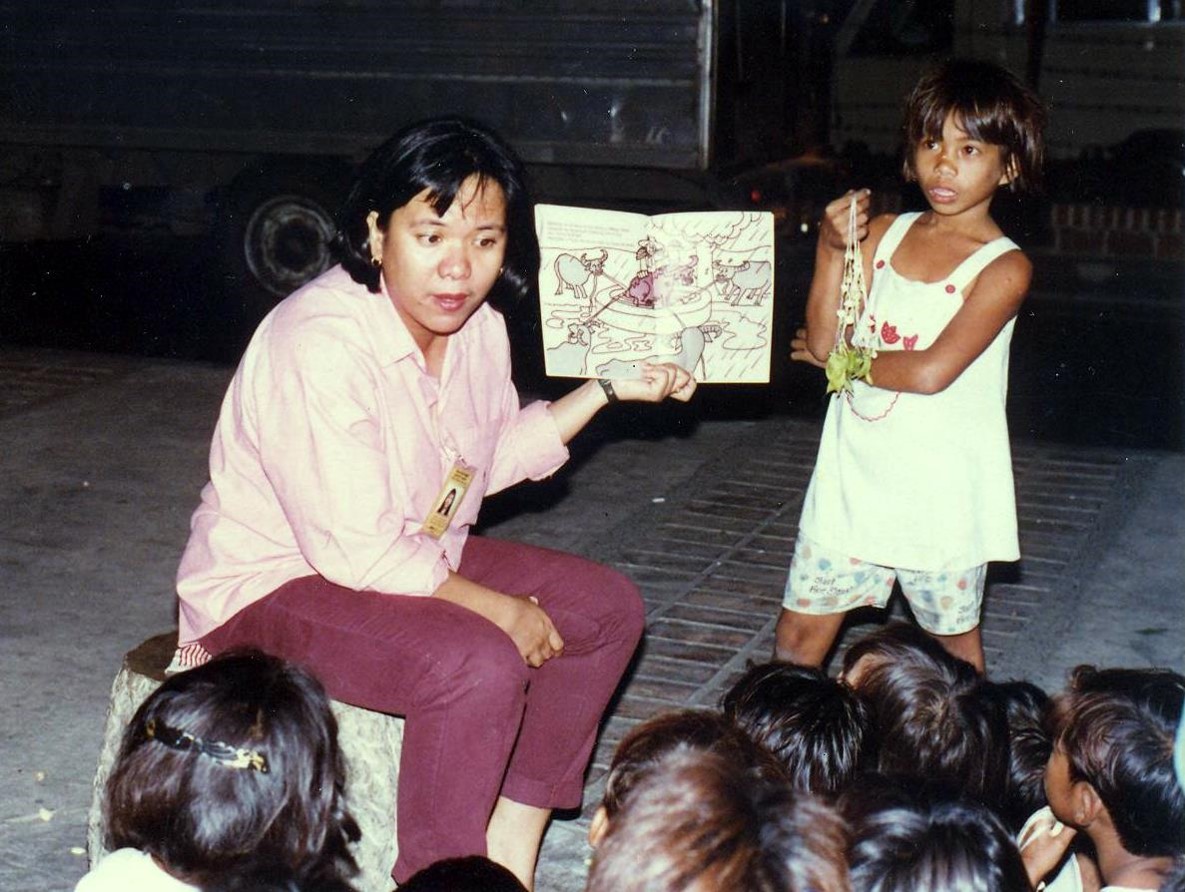 Also later in the year, the two ladies together with the Director of CCM, started going out into the slums to seek out children who were most in need of help with their education. This opened many avenues for witness to the saving work of Christ. Since then the work has been blessed and grown, and there are nearly 300 children being supported with their education in local slum areas.

In 2000 the Lord enabled us to open four new homes in a purpose-built complex around 30 minutes drive from the church. In 2006, the Lord again provided, and we were able to start a Boys Home, called Damascus Home, renting in a subdivision near to the Girls Home. In 2015, after many years of praying and waiting, the Lord enabled us to build a Boys Home a short drive from the Girls Home complex. The maximum number of children we can accommodate in our homes is now over 60.