Each homeless family has a unique story to tell. Let’s meet Ashley. She is 28 years old and has attended the Drop-in Centre for many years. CCM has been one of her immediate places to ask for help when she has had emergencies. We have been privileged to assist her over the last few years.

Ashley left their province at a young age and came to Manila hoping for a better life. However, due to poor education she failed to  find work and ended up living on the street. She became homeless.

She had experienced a cycle of violence but she never spoke out about this because she was afraid. At the age of 21, she gave birth to her first son, John Denver, who is now 6 years old. After that, her partner, named Dodong, left without a word.

She went on to give birth to her second child, Charlene Nicole, now 4 years old. 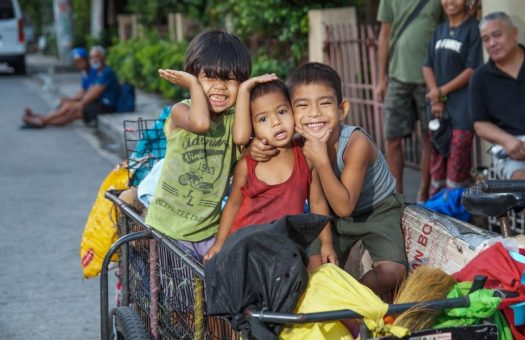 Unexpectedly, her paths crossed with Dodong, the father of her firstborn son. She chose to forgive him for deserting them . She chose ‘love’ and ‘family.’ After a year, she gave birth to her third child, Charlon Nicolas, now 2 years old.

Ashley shared that she dreams of a complete family. She knows how if feels to have an incomplete family and she doesn’t want her children to experience it.

In 2019, Ashley and Dodong got married in a mass public wedding. This is truly admirable to see the attitude of giving high regard to the sacredness of marriage, amidst their life situation on the street.

“I found a home in my family that I have, and there is no happier place than a family that sticks together,” said Ashely. She feels happy and thankful that she has a responsible, loving husband.

The family stay under a bridge and they own a small bike cart. They use this to sleep in and to store their few belongings. They also use it to collect junk as their means of income and they do their best not to resort to stealing. Dodong and Ashley are at least able to usually feed their children, through their hard work. They are not allowing their children to beg on the streets.

As parents, they are saddened that they cannot provide all the basic needs of their three cheerful children. They hope that one day they will be able to get out of their dire situation.

Like many of our homeless friends, Ashley’s family have faced the struggles of many months of community quarantine (lockdown)  due to COVID-19. It’s impact has only exacerbated their difficulties to survive. The family is thankful nonetheless that they are able to survive, due to assistance coming from different churches  and kind-hearted individuals.

They are one of the homeless families that have received relief goods during the outreach relief operation of CCM during April and May.  We referred them to avail of the temporary shelter for the homeless during the lockdown period.

Through the government program, they went back to the provinces for some time but after two months, they returned to Manila because they had no means of income.

At present, they chose to continue their pavement life in the city. They come to the office twice a month and receive a food pack assistance as CCM’s extended aid to our homeless friends during this pandemic. Their attitude of gratefulness to receive any help is visible to see. Their resilience and having each other is what keeps them going.

Please pray that we would be able to continually support these friends on the street; that they would come to know the true hope that can only be found in Jesus.

More from this CCM update 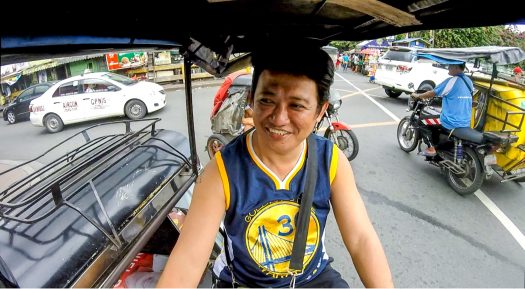 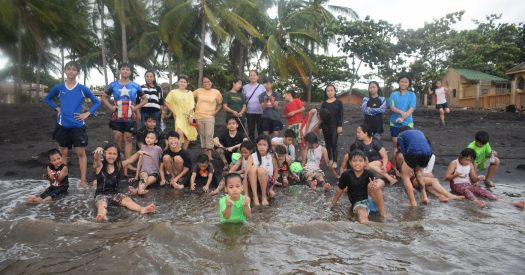 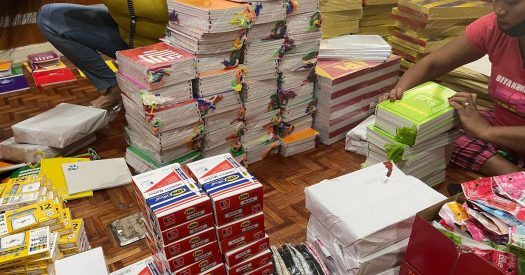 Children Head Back To The Classrooms